TOKYO, April 26, 2021 - ANA HOLDINGS INC. (hereinafter "ANA HD") has announced that it plans to reduce carbon emissions levels from aircraft operations to net zero by 2050 as part of its latest Environmental, Social and Governance (ESG) goals, updating its target set in July 2020 to reduce CO2 emissions by 50 percentby 2050 (compared to 2005 levels). As part of a broader societal initiative, ANA HD is proud to join leading companies across the globe in working to achieve sustainable growth, taking proactive steps to achieve net zero CO2 emissions.

The key factors driving the decrease in ANA HD's emissions for aircraft operations will be:

"Sustainability and innovation are both central components of our vision at ANA HD, and we are excited about the opportunity to make meaningful change as we work to advance our ambitious ESG agenda," said Shinya Katanozaka, President and Chief Executive Officer of ANA HOLDINGS INC. "Achieving net zero emissions will require us to pursue a number of initiatives to reduce our carbon footprint across the organization, but our entire team is committed to doing all we can to make ANA HD an example of sustainability in our practices."

The increased use of SAF, which contributes greatly to reducing carbon impact, will be at the core of ANA HD's CO2 emission reduction measures. To date, we have engaged in various initiatives:

ANA HD will work toward the full-scale operation of SAF, and build upon the successful sustainability measures that it implemented when it initially committed to meeting 2050 ESG goals and aim to achieve net zero CO2 emissions in FY2050 through these efforts.

ANA HD has long been recognized as a sustainability leader for its strong ESG efforts and was the only company in the aviation industry to receive the Gold Class distinction from the 2021 S&P Global Sustainability Awards. Other ESG-related awards for ANA HD have been presented by IATA, J-Win and the Dow Jones Sustainability Index. 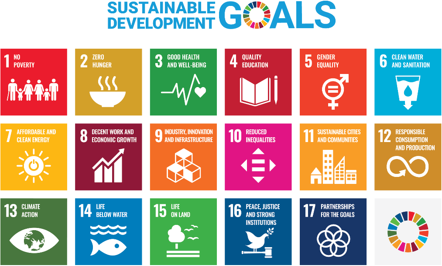 About ANA
Following the "Inspiration of Japan" high quality of service, ANA has been awarded the respected 5-Star rating every year since 2013 from SKYTRAX. ANA is the only Japanese airline to win this prestigious designation eight years in a row. Additionally, ANA has been recognized by Air Transport World as "Airline of the Year" three times in the past 10 years - 2007, 2013 and 2018, becoming one of the few airlines winning this prestigious award for multiple times.

ANA was founded in 1952 with two helicopters and has become the largest airline in Japan, as well as one of the most significant airlines in Asia, operating 82 international routes and 118 domestic routes. ANA offers a unique dual hub model which enables passengers to travel to Tokyo and connect through the two airports in the metropolitan Tokyo, NARITA and HANEDA, to various destinations throughout Japan, and also offers same day connections between various North American, Asian and Chinese cities.

ANA has been a member of Star Alliance since 1999 and has joint venture partnerships with United Airlines, Lufthansa German Airlines, Swiss International Airlines and Austrian Airlines.

In addition to the full service and award-winning record of ANA, the ANA Group's subsidiary Peach Aviation Limited is the leading LCC in Japan, and has expanded following the integration of Vanilla Air Inc. in late 2019. The ANA Group carried 54.4 million passengers in FY2018, has approximately 43,000 employees and a fleet of 260 aircraft. ANA is a proud launch customer and the biggest operator of the Boeing 787 Dreamliner.

For more information, please refer to the following link.
https://www.ana.co.jp/group/en/