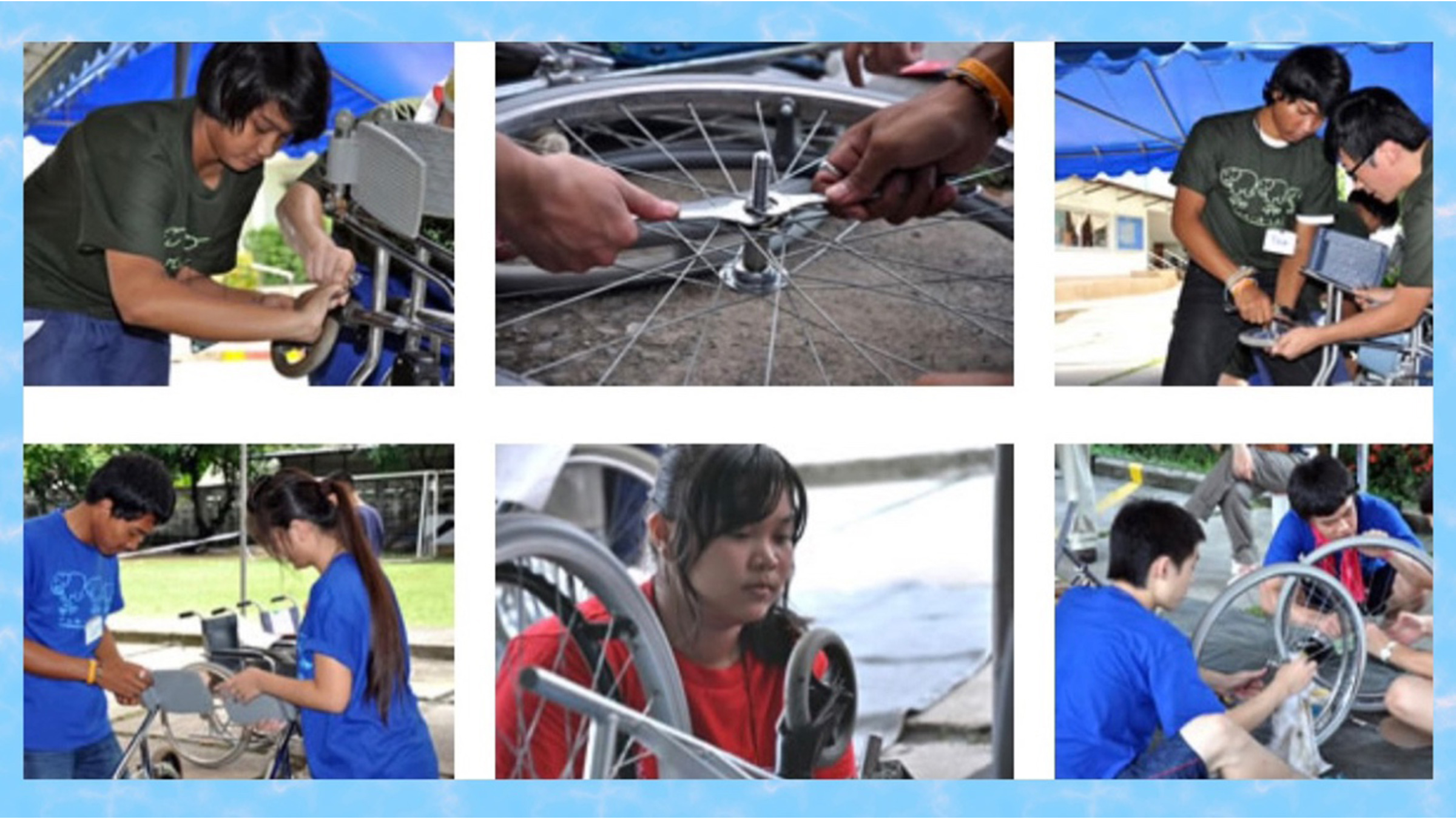 Ten pre-owned Japanese wheelchairs are in route to find new owners in Thailand, providing essential means of transportation to those with limited mobility. The wheelchairs will be traveling from Tokyo to Bangkok carrying the hard work of passionate volunteers from high school students to ANA cabin attendants with them. Through the "Flying Wheelchairs" program, the repurposed wheelchairs will be gifted to children and seniors who are not able to afford the device. 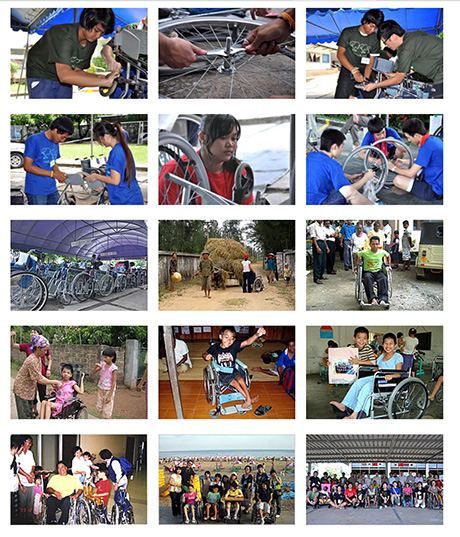 The origin of the "Flying Wheelchairs" program dates back to 1999 when a public interest foundation, the Japan Social Welfare Kosaikai, donated 55 used wheelchairs to those who were in need. The wheelchairs were delivered in different parts of Asia including Korea, Malaysia, Philippines, Taiwan and Thailand.

In Japan, over 50,000 wheelchairs get discarded every year despite many being still usable or repairable. Meanwhile, wheelchairs are considered simply too expensive in many nations. Japan-made wheelchairs are known for their quality, and can be used for many more years after some repairing.

Over the past two decades, the program facilitated the repair and transport of more than 10,500 wheelchairs to 31 countries in Asia, Africa and South America.

As the program heavily relied on individual volunteers, once international travel stopped, there were no travelers who could transport wheelchairs to their new homes.

ANA cabin attendant Yoko Shiraishi discovered "Flying Wheelchairs" from her friend and quickly became aware of its struggle during the pandemic. She was impressed by the foundation's mission of nurturing volunteerism among youth in Japan through an activity that promotes reducing industrial waste. She thought it would only make sense for an airline like ANA to get involved and support such a program. 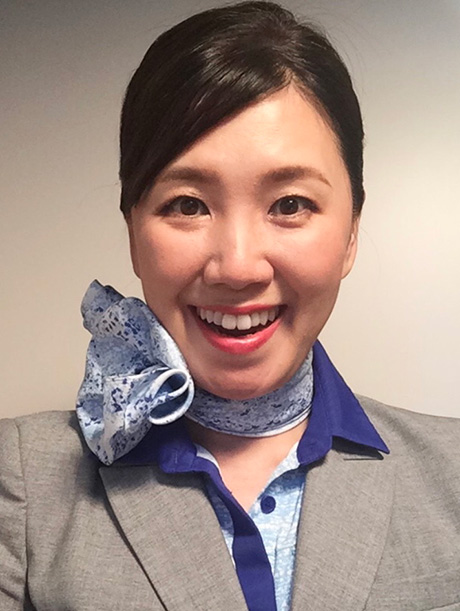 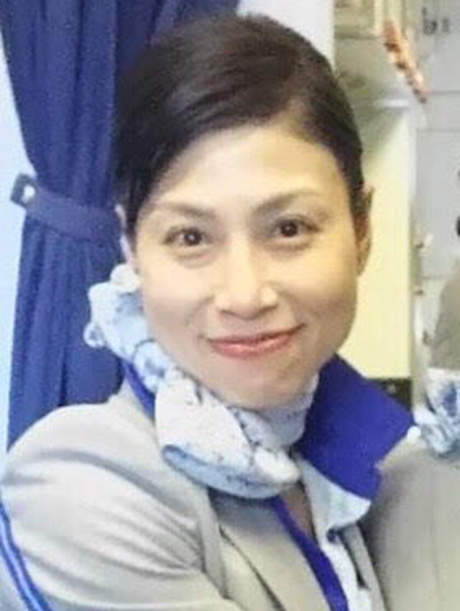 "We wondered if ANA would consider wheelchairs as personal items of Group employees, including cabin attendants, while we travel on duty. Can we volunteer to transport wheelchairs? That was our first step," said Shiraishi.

"It is an excellent program," said Yukiko Kobayashi, a teammate of Shiraishi. "I admire the high school students who volunteer to clean and repair wheelchairs after school hours. They wrap individual wheelchairs with care and passion and insert message cards for new owners. I was truly touched when I heard their stories."

In April 2020, Shiraishi submitted a business proposal through the ANA Virtual Hollywood program, an internal project to encourage employees to submit business ideas to help the Group expand its social contribution and value creative initiatives.

Unfortunately, she soon found out that cabin attendants could not transport wheelchairs as part of their personal baggage due to complications and protocols related to Customs. This minor hiccup did not stop her and her colleagues. They presented an alternate idea of having ANA Group involvement in the transportation process, not as a volunteer project but as part of the everyday business so that wheelchairs could be transported without the help of individual travelers.

The idea is to build up a sustainable, long-term involvement of the Group with the "Flying Wheelchairs" program by offering its cargo business at a feasible price. ANA wants to utilize its relationships in local gateway communities to find new wheelchair owners and promote the relatively unknown, yet brilliant program as an official supporter.

Ten wheelchairs enroute to Bangkok are part of a trial to jump-start its involvement.

"We were able to locate a coordinator in Bangkok, thanks to a personal connection of an ANA Group employee. Through the coordinator, we will be able to have wheelchairs distributed to hospitals, senior centers and remote villages in Thailand," Kobayashi said.

The duo thanks all of the related ANA teams for the assistance and advice they provided to bring the wheelchair transportation closer to reality. Once the trial ends successfully, they hope the "Flying Wheelchairs" program can be expanded to other ANA gateways in Asia, as well as within Japan. Further, they will continue to look into other medical devices, such as canes or food items, so ANA can transport to areas in need.

Both Shiraishi and Kobayashi acknowledge that while trying, the pandemic provided them the opportunity to rethink what they can do and should do as cabin attendants. 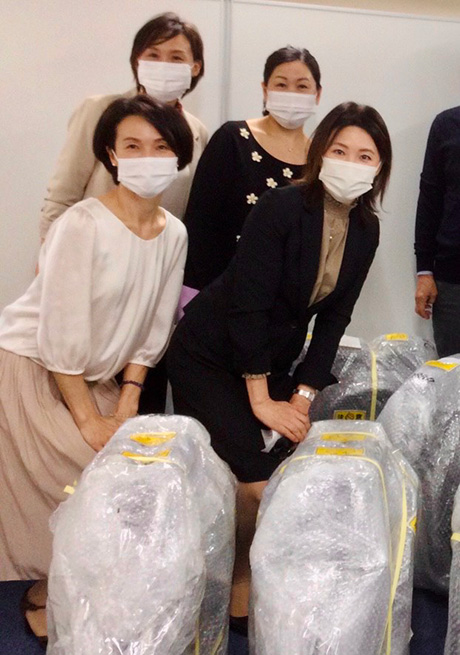 "I saw so many flights being canceled on the schedule information boards every time I was at the airport on duty in the past two years. I could not believe what I was seeing," said Kobayashi.

She said it was the customers she encountered who helped keep her spirits up.

"They said to me, 'Thank you for still flying. We are rooting for you'," Kobayashi recalled. "I used to think it was my job to assist customers with what they wanted, but in fact, I was the one being supported by them. Being a cabin attendant in the pandemic was tough, but a valuable experience for me. We have learned so much; I will be forever grateful."

"Flying is an out-of-ordinary experience. It connects beyond borders," said Shiraishi. "That's something I knew before, but I truly felt it by witnessing our customers who needed to travel during the pandemic. I used to focus on assisting them in flight, however, there is so much more cabin attendants can do by connecting people and communities. We are carrying the hopes and dreams of those who have never flown, too. The pandemic and the "Flying Wheelchairs" program taught us that."