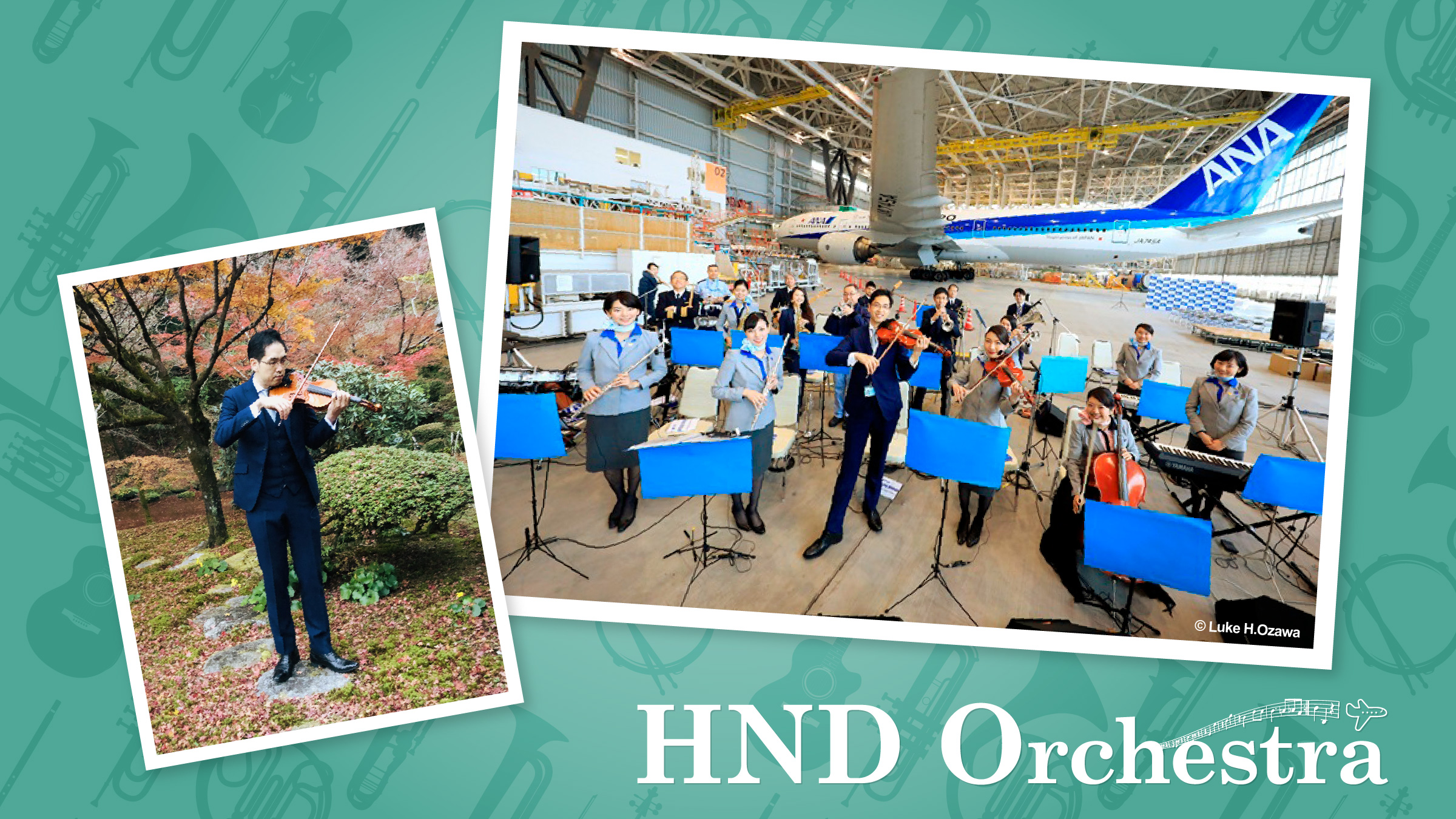 On March 11, 2011, a magnitude 9.0 earthquake occurred in the northeastern region of Japan. Often referred to as “3.11”, the Tohoku earthquake was the most powerful ever recorded in Japan and the deadliest natural disaster in history, claiming nearly 20,000 lives.

That summer, the ANA administration team at Haneda Airport contemplated whether or not to host its annual Tanabata (Star Festival) event, a celebration where children and their families are invited to the airport to write down their wishes on scraps of paper and then use them to decorate bamboo.

But with so many in the Tohoku region still living in evacuation shelters, the team wondered if it was appropriate to celebrate the Tanabata event in the wake of the disaster. Employees were asked to submit their thoughts on what ANA should do and whether or not to cancel the event. There were a variety of comments and suggestions, but the one that resonated the most was for ANA to hold a mini concert at the airport in an effort to bring cheer to a nation still healing from the earthquake.

The company embraced this decision, and the ANA Team HND (Haneda) Orchestra was born. 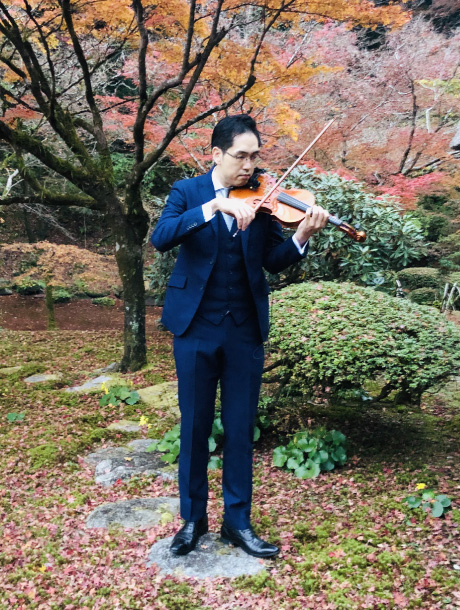 The orchestra was initially made up of six musicians and one MC. Yong Choi, a Revenue Management Manager and the Orchestra’s current band leader, was one of the original seven members.

“Back then, I did not know any of the other members,” Choi recalls. “The pilot who suggested doing a concert heard there was somebody who can play violin at the Flight Operation Center, which was my department back then, and that’s how he ended up approaching me.”

Being the only one with a desk job, it was an easy decision for the band to rely on Choi as the band leader. As far as they were concerned, the Tanabata concert was supposed to be a one-time only performance. The show ended up being received so well by many that they were called back to perform on two separate occasions over the next few months.

Since these performances were not considered a part of their job, the members practiced during their off time and Choi even helped develop musical scores. It was a huge commitment in time and energy that led Choi to suggest the band become ANA’s official musical group. 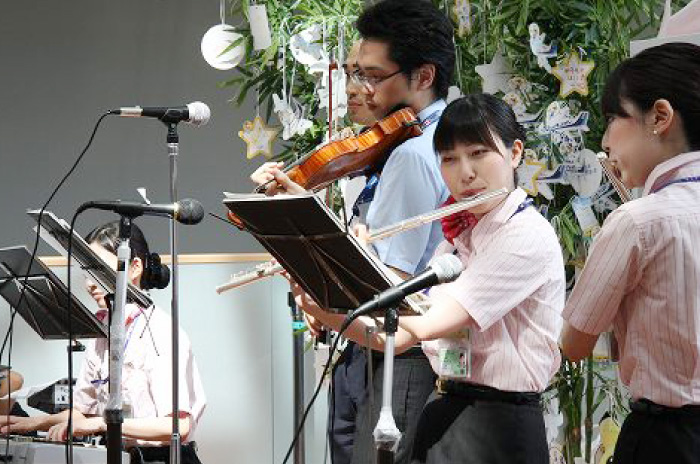 This year, the orchestra is celebrating its 10th anniversary.

“Even after 10 years, every performance is a result of hard work,” said Choi.

Over that decade, the orchestra has expanded to 111 members and averaged 15 performances a year at a range of ANA events and through invitations from gateway communities and airports.

The orchestra members mainly consist of pilots, cabin attendants and ground-handling staff. While they still have to practice during non-working hours, their performances are now considered part of their official work duties.

Choi attributes the orchestra’s popularity to the hard work and their principle of using music to bring joy to others. 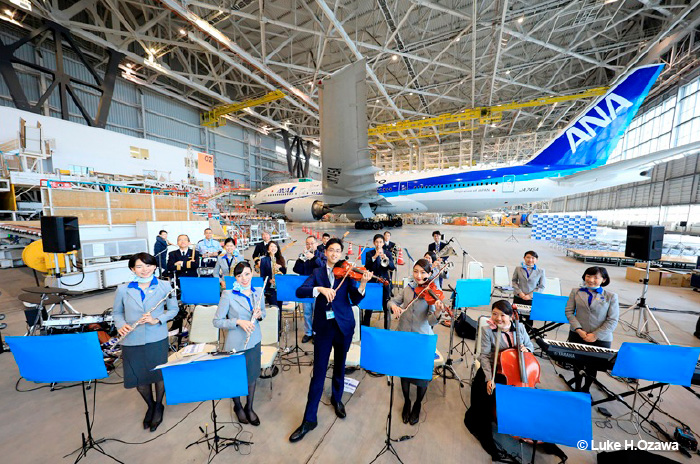 “We are not professional, so our performance is rather amateurish,” he said. “But our attitude of playing for someone, I believe it really shows. People appreciate somebody trying their best for others.”

The team receives just as much joy as it creates performing for others and offering a joyful experience has become encouraging for the members.

As the band leader, Choi is aware of how their activities give members a sense of belonging to the ANA Group.

“They just happen to play musical instruments,” Choi said. “As long as I manage to keep and grow the band, I can provide them another way to contribute to the company. That’s excellent motivation for me personally.”

He also describes the band as an additional touchpoint that connects ANA with customers outside of travel experiences.

The ANA HND Orchestra remains true to their mission of serving others during the pandemic and through their 10th anniversary activities. In the past year, they performed online concerts and visited airports and public halls. Additionally, the band collaborated with Taro Hakase, a violinist/composer who created the song, “Another Sky” for ANA as well as popular Japanese pop rock band Tube on their song, “BLUE WINGS”. 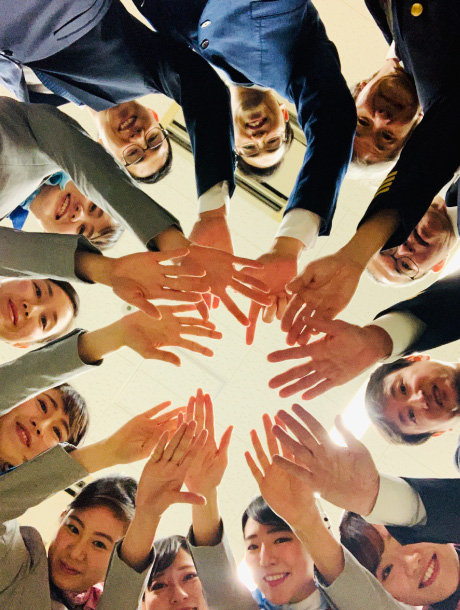 The ANA Team HND Orchestra team huddles before a performance

“We were really glad that we have stayed and performed together for 10 years,” said Choi. “The collaborations were meaningful for us not because they are with celebrities, but because we were able to create something tangible on our anniversary.”

Even though many of the band members were suddenly forced out of their day-to-day flight operational duties due to the pandemic, the performances kept them going as a public face for the ANA Group. In a way, the pandemic has provided them with a chance to reconfirm their contribution and purpose.

Choi is looking forward to the ANA Team HND Orchestra pursuing opportunities outside of Japan. 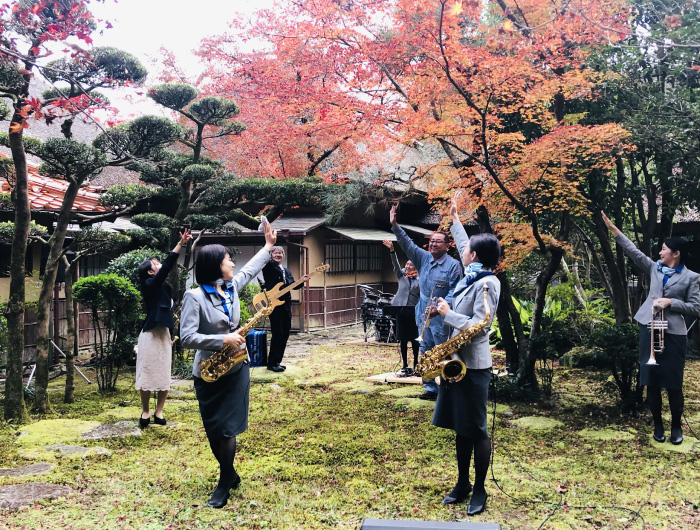 “Music is nonverbal, it does not matter what languages we speak. I believe there are things we can do to raise ANA’s brand awareness overseas,” he said.

Furthermore, the band will be hosting a dinner show at the Haneda Airport next year with the funds they were able to raise through ANA’s crowdfunding platform ANA WonderFLY. This will mark the first time that the orchestra will be producing their own concert.

You can stay in touch with the ANA Team HND Orchestra’s future engagements on their Facebook page.