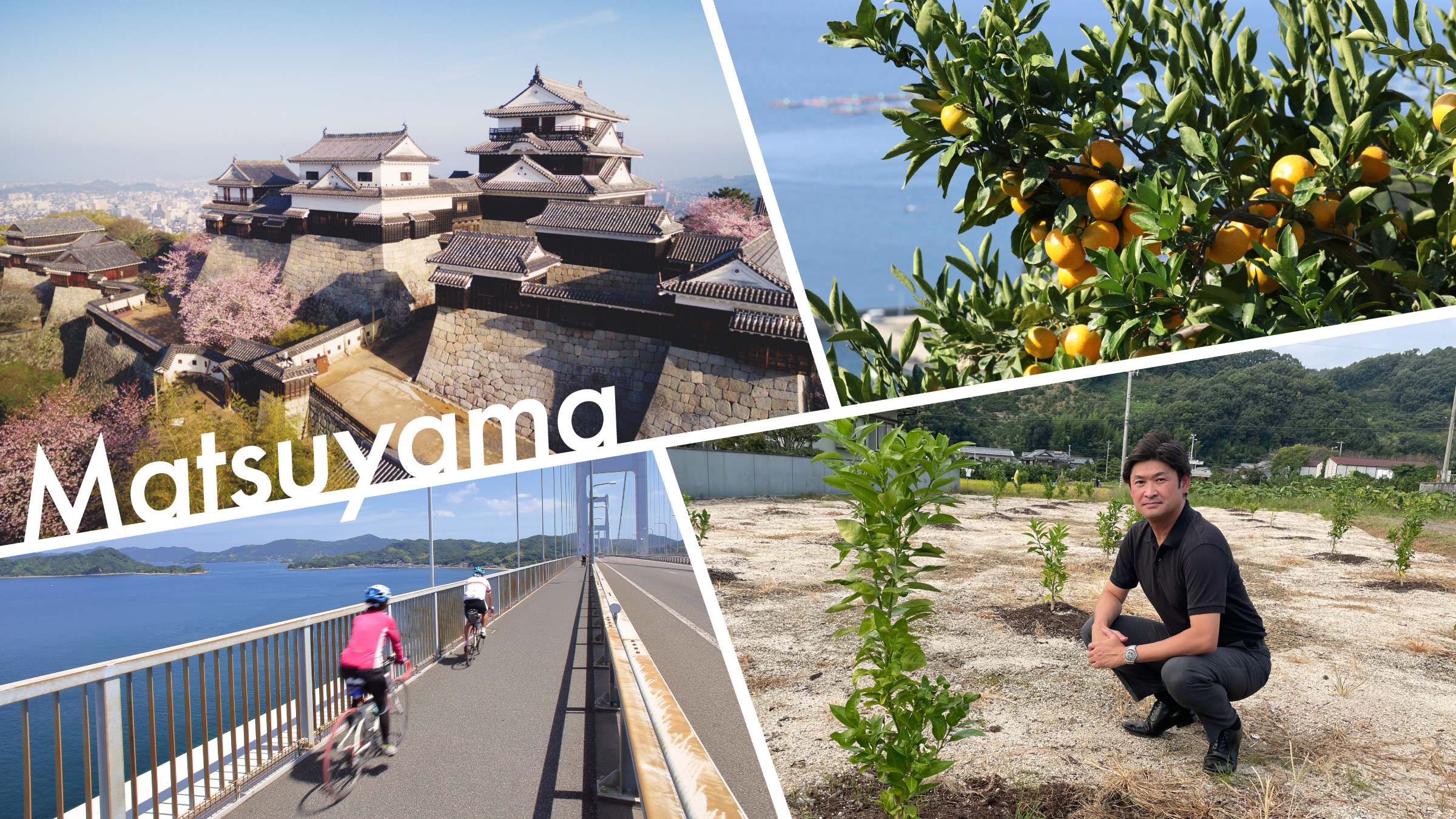 A New Chapter of Flight 2: MatsuyamaANA General Manager Akira Taniyama discusses the region’s orange farming and the impact of the pandemic.

This spring, ANA began looking at ways to strengthen its longstanding commitment to regional economic development across Japan. ANA has always sought to create a deep relationship between itself, its customers, and domestic gateway cities, and decided to launch ANA Akindo – formerly known as ANA Sales – in April 2021 to achieve these goals. We’re excited to share with you what the new group company has been up to.

A week after the rebrand, ANA Akindo announced that it would partner with the Prefecture of Ehime to help revive the region’s economy. The partnership kicked off in September, offering the chance to purchase ownership stakes in the famous orange trees of Matsuyama through the ANA Furusato Nozei.

The Furusato Nozei (or “hometown tax”) is a system in Japan that allows taxpayers to make monetary donations to rural areas and receive thank-you gifts in return. These gifts are often local specialties such as fruits, sweets, or seafood. Furthermore, taxpayers who contribute more than 2,000 yen (USD$18) are eligible for an income tax and residence tax deduction. Established in 2016, the ANA Furusato Nozei program also provides benefits for the ANA Mileage Club as participants who receive tax deductions and specialty gifts will also accrue miles.

For the second installment of our “A New Chapter of Flight” series, we spoke to Akira Taniyama, General Manager of ANA/ANA Akindo in Matsuyama, Ehime.

Q: Tell us about Matsuyama as ANA’s gateway city. How has the pandemic impacted the city? 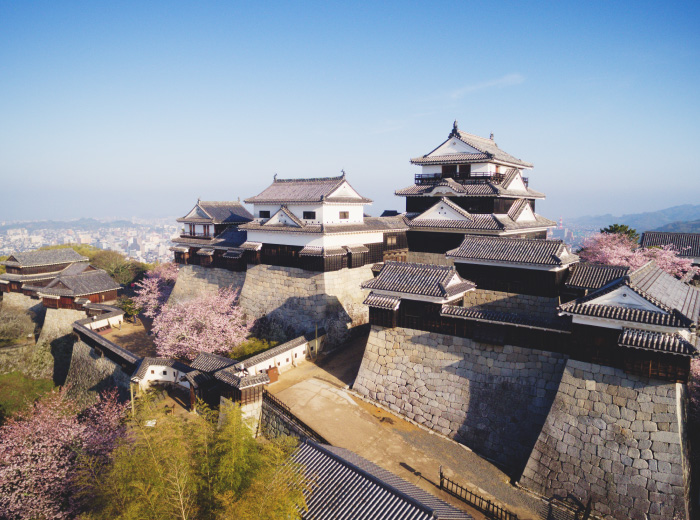 ANA has 70% of the flight share at Matsuyama Airport and is the preferred airline. Matsuyama is a business-travel route and a popular tourist location with celebrated destinations such as the Dogo Onsen hot springs, Matsuyama Castle, and the Shimanami Kaido cycling trail. Matsuyama is also known for its great selection of local cuisine.

The pandemic had a severe impact on the city. Due to the size of the city, the number of infections was kept relatively small, but residents remained in strict lockdown, especially at night. 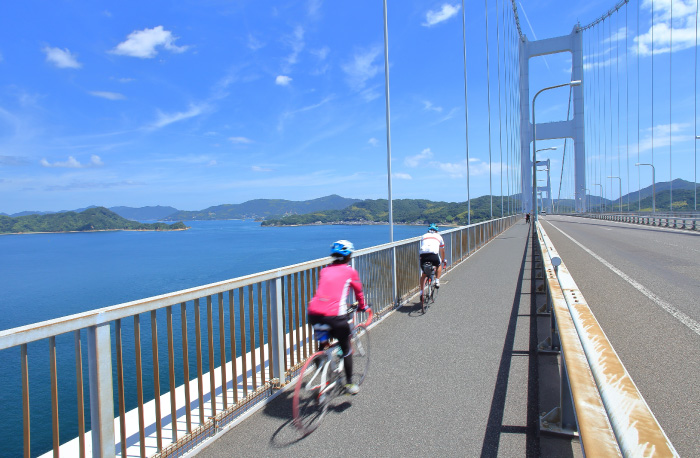 Despite these challenges, ANA is still operating out of the airport although with a reduced number of flights. International tourists are not allowed and direct flights to Seoul and Shanghai have been suspended.

As more residents get vaccinated, we are beginning to see local businesses in Matsuyama bounce back. While we have not seen significant economic improvement in commerce, the city is recovering, and life is slowly returning to normalcy. To compensate for the loss of inbound businesses, ANA is trying to capture overseas e-commerce demand, mainly from China.

ANA Akindo intends to expand the program throughout the country with Matsuyama as the model.

In Matsuyama, orange farming takes place in the mountains on terraced fields to maximize sun exposure. It is a labor-intensive task with fields that are difficult to access for both humans and machinery. With traditional orange farmers getting older and younger residents moving to urban areas, there has been a decline in the number of farmers in Matsuyama.

In partnership with Ishimaru Farm, we are planning to revive abandoned fields and plant orange tree saplings. With our continued work, by year two or three we will be harvesting, selling, and creating original ANA merchandise, such as orange juice, jellies, soaps, and aroma oils. The ANA Furusato Nozei system helps us find short-term (one year) owners for Ishimaru Farm’s orange trees. Those who donate 50,000 yen (USD$441) will receive a tree. Owners can participate in the “green tourism” tour facilitated by ANA Akindo, allowing them to visit the farm and harvest oranges from their tree or they can receive their oranges by mail.

Over the long term, ANA would like to assist young people and families to relocate to Matsuyama and stay involved in the orange farming business. Once we succeed in revitalizing local orange farming, ANA can expand cargo businesses and passenger demand for this region.

Q: How is the ownership system being received so far?

It is always difficult to start something new. We face a range of challenges generating revenue and there always seems to be an endless list of concerns and issues. However, we are still achieving our goals and are optimistic.

In fact, we are expanding and recently welcomed an additional member to the team. She is an ANA cabin attendant who has relocated to her hometown of Ehime to serve as the liaison between the farm and our ANA team.

Since oranges are harvested in the winter, we plan to launch a green tourism homepage in November and bring in domestic visitors to the farm. Furthermore, we finalized the plan to offer various desserts made with the oranges from the Ishimaru Farm to premium class passengers on ANA’s domestic flights between December and February.

Q: What is the significance of getting involved in regional revitalization for the ANA Group? Have you faced any challenges?

The ANA Group had been focusing solely on the airline business and related industries for decades. However, due to COVID-19, we now understand the need to diversify our business portfolio.

It took a while for ANA Akindo’s mission to be recognized in the region. Through our partnership with Ehime Prefecture and the launch of the orange tree ownership system, our efforts have been gradually acknowledged by hotels and other local businesses, leading to positive and partnership inquiries from other regions in Japan.

But challenges can come from within the ANA Group, too. Other group companies and departments may be aware of what ANA Akindo is, but we often face a hurdle when coordinating new projects with them. Both externally and internally, I believe it is important for us to take our time and explain each project diligently so that we gain their full understanding and support.

To me, it is truly rewarding to work together for revitalization with the local community in our gateway city. There is no quick fix to the problems they face, but I hope ANA Akindo will be part of providing the first step to solutions.

Q: Are there other projects ANA Akindo is involved in Matsuyama?

In addition to partnering with Ehime Prefecture on its e-commerce program targeting Chinese consumers, ANA Akindo is developing new local specialties with Iyo Bank, a regional bank based in Matsuyama. We plan to co-host a business contest in which the winner will receive funding from the bank and be given the right to sell their merchandise at the ANA FESTA souvenir shop located inside the Matsuyama Airport.

These are the results of our close relationship with the local community and businesses. 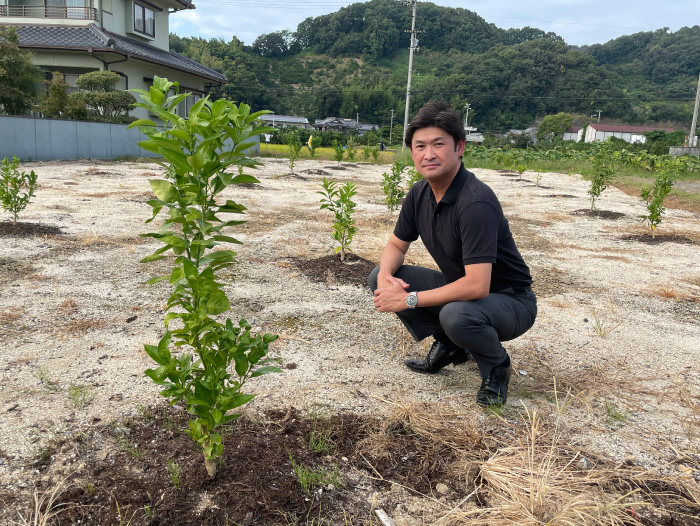 I am originally from Kagoshima in the Kushu region. Matsuyama reminds me a lot of my hometown; the size of the population, the streetcars running through the cities, and other things are all very similar to my home.

It is rich in tourism resources and close to both the ocean and mountains. People are warm and friendly, it is a great place to live, work, and visit.

We cannot wait to welcome back overseas visitors to experience the Matsuyama that I enjoy.