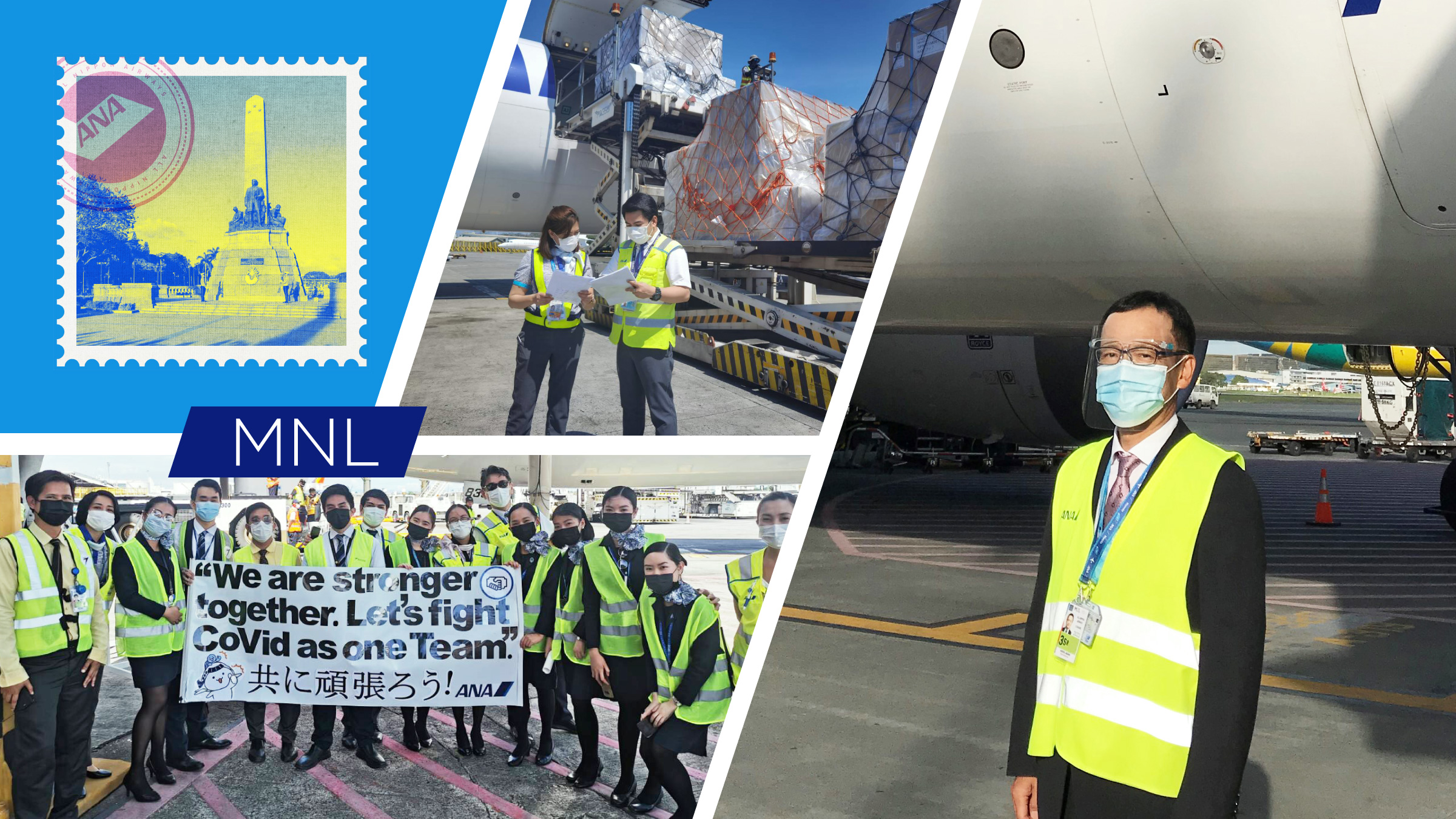 A New Chapter of Flight: In Conversation with Akihiro Hosoya, Manila General Manager at ANA

As part of ANA’s commitment to introduce new routes to areas where there is a high demand for travel, ANA is proud to offer full service once again to Manila, Philippines. From April through June of last year, the daily round trip Manila to Narita route was suspended due to COVID-19. As demand increased, flight schedules were able to be gradually returned from July through November. In February, with the help of our ANA Care Promise initiatives, we were finally able to resume routine daily flight operations on the route between Manila and Tokyo Narita Airport, as well as Manila to Tokyo Haneda Airport.

In the interview below, Akihiro Hosoya, Manila General Manager at ANA, provides some background on ANA’s service in Manila and shares his insights on the dynamic flows of travelers to and from the Philippines during COVID-19. 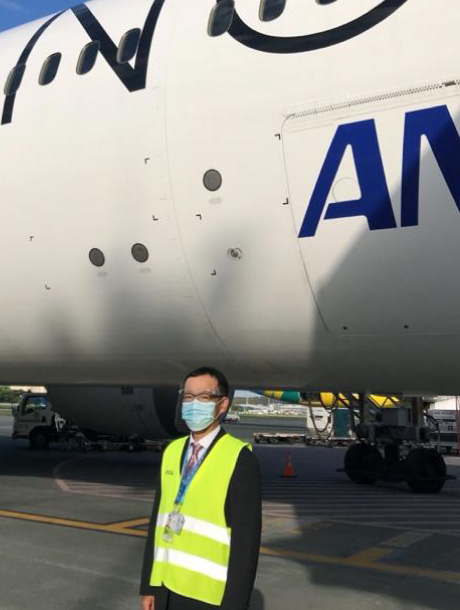 Q: How have the Manila flights been affected by COVID-19?

A: Since the lockdown started on March 17, 2020, our flight schedule has been changing almost every month. Some of the restrictions and changes in demand that affected flight schedules included implementing one-way passenger flights. These took place due to restrictions by the Manila Airport in an attempt to control the number of arriving international flights as they were limited in the number of PCR tests they could administer.

Due to these restrictions, we needed to bring aircraft in from Tokyo to operate the one-way flights out of Manila, leading us to use them as cargo-only flights. In addition to the frequent schedule changes, we had to move out of the terminal with only four days’ notice in late March, staying at the temporary station until the beginning of July.

From April through June, our daily round trip flights from Manila to Narita were suspended, while operating between Manila and Haneda only 3 times per week. In July, Manila to Narita one-way flights returned 3 days a week, but Manila-bound flights flew only 3 times a month (one flight from Narita and two from Haneda) due to COVID-19 restrictions.

Q: How did you keep passengers informed on the frequent schedule changes?

A: Thankfully, people in Manila are accustomed to sudden changes and are usually double-checking the latest information for their flights. We kept them informed through timely updates on our website and regular email notifications. These updates helped our passengers, and we have seen very few customers coming to the airport unaware of schedule changes.

Q: Who is currently flying ANA on the Manila routes?

A: Mostly, non-Japanese customers are flying on the Manila routes. Before COVID, our passengers were 60% to 70% Japanese nationals on the Haneda flights and 60% to 70% non-Japanese on the Narita flights. While many countries are limiting the entry of non-citizen visitors, overseas Filipino workers and those who have dual citizenships in North American countries are still traveling. Some are returning home, while others, including Filipino seamen, are leaving the country for work or to visit family members overseas. Meanwhile, more than 70% of Japanese expats in Manila are staying in the country even though many of their family members, particularly children, have returned to Japan. 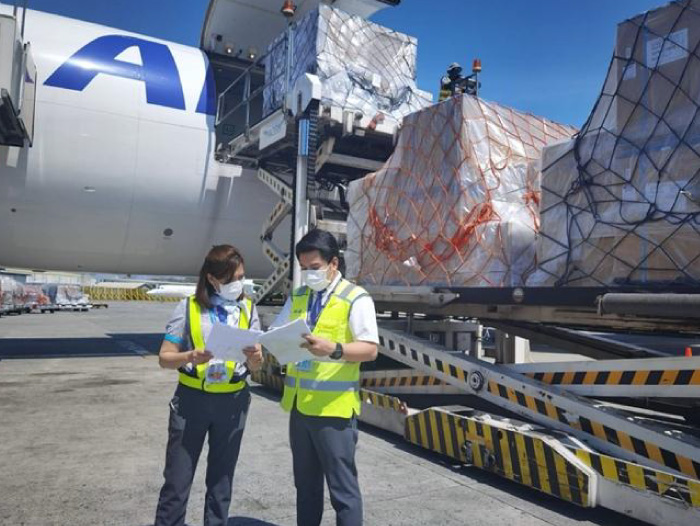 Q: Last August, ANA debuted a B767 freighter on the Narita-Manila route. What has the cargo demand been like during COVID-19?

A: The B6 freighter began operating once a week in August. Since November, it has been flying four round-trip flights per week, transporting mainly auto and electronic parts. However, I do not think the cargo demand between Japan and the Philippines has necessarily increased. What has changed is how goods are being transported. Cargo vessel operations has been interrupted throughout the Philippines due to COVID. I hear stories about empty shipping containers piled up or cargo vessels not being able to unload the freight at the harbors. Air freight is now being used as an alternative option. With the four weekly cargo flights, we are now operating more flights (passenger and cargo ones in total) per week in Manila than before COVID.

Q: How has Manila been dealing with the lockdown? What are things like in the city today?

A: For the first few months or so, it was very intense. People were afraid to go out as many believed that you would be infected once you went outside. Aside from essential workers, everybody stayed home. Public transportation, including jeepney, bikecab, train, bus and taxicab, has been shut down for nearly a year. As you may know, Manila was notorious for its traffic congestion. That is not the case anymore. Our local airport staff was reluctant to come to work, in some cases, not being able to commute. Needless to say, this was a huge challenge for us as we still had flights to operate. Last December, the Philippines government announced a new rule to mandate wearing a face shield, in addition to a face mask, while in public. I believe this is unique to this country. 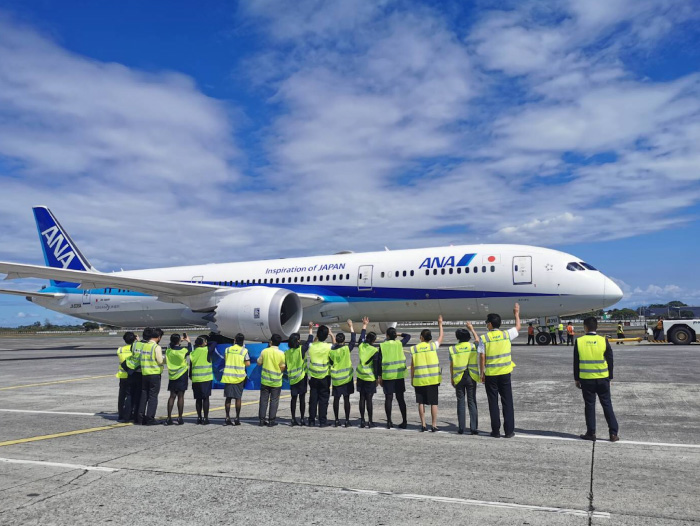 Today, we are in Tier 3 of the lockdown (out of 4 tiers, with Tier 1 being the strictest). Restaurants are now open at 50% capacity, but they typically close before 10 p.m. Until we reach Tier 4, public transportation will not be available, and our city office team will be working from home. It has been reported that 1 million vaccines are on the way to the Philippines this month. Clearly, that is not nearly enough to cover the population as more than 14 million people reside in Metro Manila alone.

At the airport, only boarding passengers are allowed to enter the terminals with a face mask and shield. Upon entry, you scan your mobile app so that the authorities can keep track of those who come to the airport.

I cannot deny the country is struggling financially under COVID. However, it is a young, vital country. I am certain that the economy will recover, and travel demands will bounce back once the vaccine becomes available to the majority of the population.

A: We often hear from Japanese expats that they feel safe to stay in the Philippines as long as ANA is flying to and from Japan. We hear from local crewing agencies that they can send capable Filipino seamen out to the world because airlines like ANA continue to carry them to where they need to be. Encouraged by these voices, we have been committed to operate more flights under COVID than before.

Before COVID, approximately 5,000 overseas Filipino workers departed the country every day. Those days will definitely return, and we are ready to support their safe journey. For Japanese travelers, I hope they’ll get to experience the great resort destinations of the Philippines, such as Cebu, Boracay and El Nido, once it is safe to do so.

Although we won’t be able to celebrate the occasion with a nice, big event, this year marks the 10th anniversary of ANA’s operation in Manila. While we are still relatively unknown in the country, compared to other airlines, I believe the Filipino people will recognize our growing reputation as we strive for the safety, service and trust our passengers can count on. 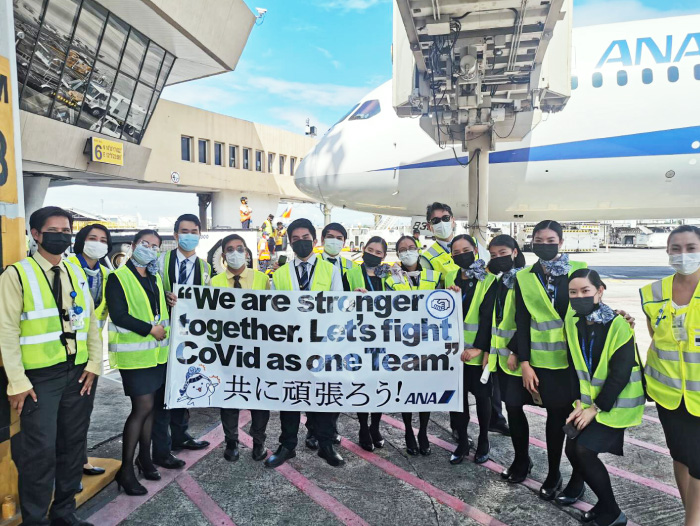