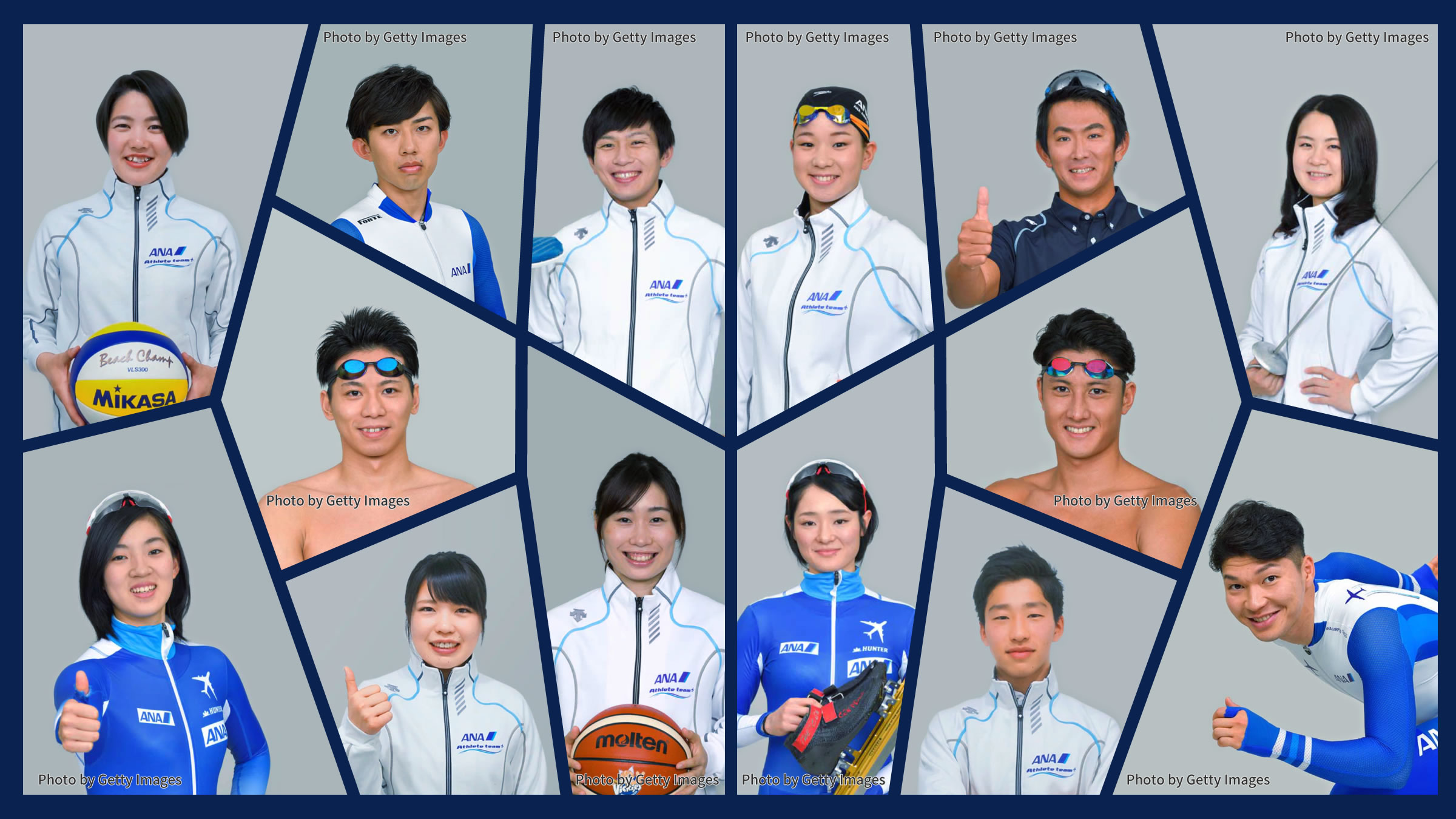 ANA Athletes are hosting the “ANA Blue Monsters” virtual program to provide children with inspiration through learning amid COVID-19.

The ANA Blue Monsters program offers online and offline classes for elementary-school-aged children to nurture their individuality through physical, art, and cultural activities. The program is taught by seven ANA athletes and several other employees.

How it all started…

The ANA Group’s commitment to embody “Inspiration” in all of our endeavors drives us in times of both prosperity and distress. We seek to create opportunities in trying times, and the current COVID-19 situation is no exception. An example of this is our Athlete Navigation System, also known as the “Athnavi.” The group, comprising 28 world-class Japanese athletes, was established by the Japanese Olympic Committee in a 2010 initiative to promote employment of Japanese athletes. The ANA Group has been participating in this unique program since 2014.

Their competitive sporting events as well as their duties at ANA vary. Some assist passengers at airports, while others lead ANA’s Corporate Social Responsibility (CSR) activities. The program provides ANA opportunities to employ highly motivated individuals and allows athletes to secure employment both during and after their sports career.

Four years ago, Ayaka Toko, joined the ANA Group. Toko participated in the 2018 Pyeongchang Olympics as part of Japan’s ice hockey team. After the 2018 Olympics, she decided to work in ANA’s HR Strategy department. Toko was encouraged to join the ANA Group by her mother who once considered becoming an ANA cabin attendant.

“I was traveling with ANA as a passenger to attend games with the goal of winning an Olympic medal one day, and I realized airlines bridge people to their dreams,” she said as she reflected on her decision to join ANA. “It is a great asset to have colleagues who cheer for me and get excited by my achievements as if they were their own. I still remember how moved I was when I received so many heart-warming messages before my first away game as an ANA employee.”

Toko explained that the sense of belonging to an organization, such as the ANA Group, has helped her excel in her career as an ice hockey player. Unfortunately, Toko’s career as an ice hockey player has been stalled due to COVID-19. Major games in 2020, such as the All-Japan Women’s Ice Hockey Championship and the IIHF Ice Hockey Women’s World Championship, were cancelled. During the first state of emergency in Japan, Toko and her teammates were not allowed to practice as a group. This meant they had to be away from an ice rink for 3 months. 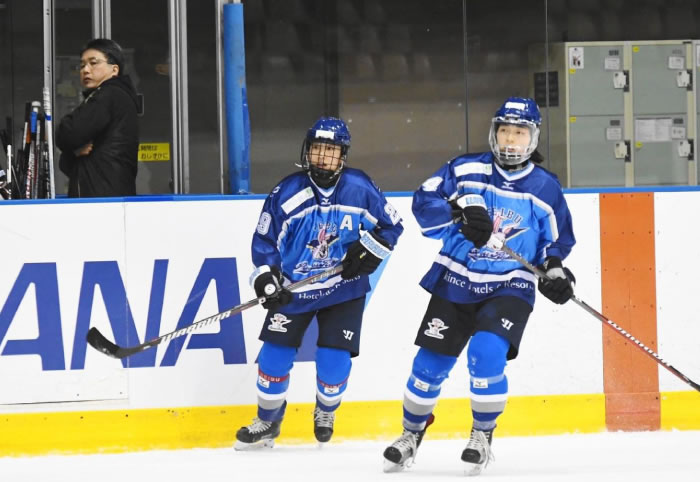 Many of the ANA athletes, competing in swimming, rugby, speed skating, basketball and more, went through the same challenges as Toko. After learning about their predicament, Hideaki Matsumoto, ANA HOLDINGS Digital Design Lab, saw the opportunity to connect them with the rest of the Japanese youth.

“It is my job to create opportunities where ANA can contribute to Japanese society through sports and education in an effort to combat major issues,” Matsumoto said. “I believe today’s Japanese youth are struggling to achieving wellness, which is often obtained through regular physical activities, such as playing sports.”

As the impact of COVID-19 grew larger and children were forced to spend more time indoors, Matsumoto began his dialogue with ANA athletes.

“We received various suggestions and ideas on what we can do to help,” Matsumoto said. “Through those ideas, we came to the shared vision of inspiring children through sports.”

Thus, the concept for the ANA Blue Monsters was born.

The program lets participants choose to take individual classes or purchase a monthly subscription which allows them to join activities regularly. Approximately 200 kids have participated in the program since last August, including some from outside Japan.

In the beginning, the participating children did not know how to use Zoom and were too shy to speak up. But as the program continued, they learned how to interact with each other and their instructors. 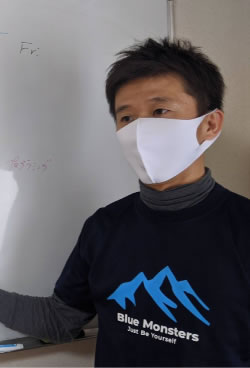 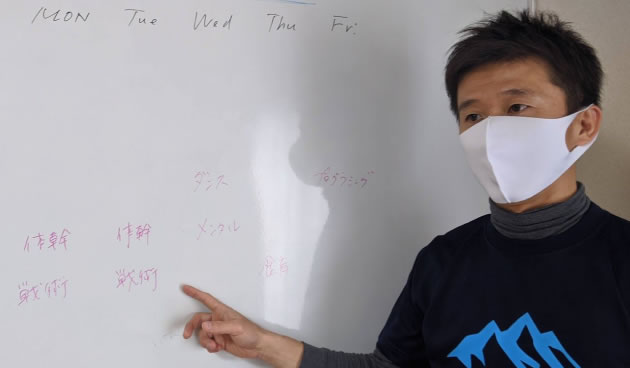 “It is great to be able to provide a venue for kids to grow,” Matsumoto said.

Toko teaches ice hockey tactics and core training online. The Olympian found herself encouraged by the relationships she built with the children who attended her classes. The children looked up to her. They also reminded her of her own childhood, which she never gave up to pursue her dream, no matter the challenging circumstances. She hopes that in return she will be able to teach the children to dream.

This experience has helped Toko renew her passion for ice hockey. She and her teammates are currently practicing for the 2021 World Championship, which is set to take place in April. Despite her increasingly hectic schedule, Toko plans to host an in-person ice hockey training camp once it is safe to do so.

Currently, Matsumoto is brainstorming ideas on how to increase subscribers, as opposed to one-time participants, so that the team can stay in touch with the children. He also envisions involving more ANA athletes from different sports to offer more in-person events in the future.

“I want to continue to get involved in this exciting initiative that athlete employees can offer as members of ANA,” Toko said.

Toko is aiming to compete in the 2022 Beijing Olympics representing Japan as well as the inspiration ANA strives to embody.