A New Chapter of Flight: In Conversation with Koji Shiratori, Shenzhen General Manager at ANA

As part of ANA’s commitment to introduce new routes to underserviced cities or areas where there is a high demand for travel, ANA is proud to offer service to Shenzhen, China. For nine months, ANA worked on launching a route between Haneda airport and Shenzhen, which proved difficult during the COVID-19 pandemic. Last month on Dec. 14, 2020, ANA was finally able to provide travel between Tokyo and Shenzhen; however, the current new route is between Narita airport and Shenzhen due to COVID-related restrictions.

The ANA team at the Shenzhen airport is awaiting restrictions to be loosened so that they can shift back to the initial plan of flying in and out of Haneda in the near future. Our ANA Care Promise initiatives have played a huge role in the launch of flights, and the team can’t wait to welcome passengers on board. Koji Shiratori, Shenzhen General Manager at ANA explains the potential the Haneda=Shenzhen flights hold in the booming technology hub. 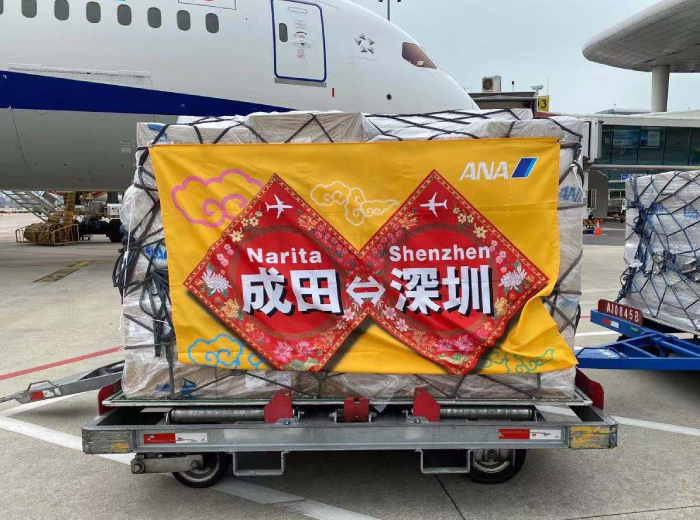 Q: How are the Narita=Shenzhen flights going so far?

A: We have operated three weekly flights since the route’s launch on Dec. 14. So far, we have not had any irregular incidents, and it is going well. Previously, no Japanese airlines were operating in Shenzhen, so I believe we have been well received by the local Japanese community. When it comes to our number of passengers, there is definitely room for improvement. Currently, our passengers are mainly Chinese students who are studying in Japan, similar to the other three Chinese routes ANA is operating under the restrictions. We expect this trend to slow down soon once those students travel to their schools. 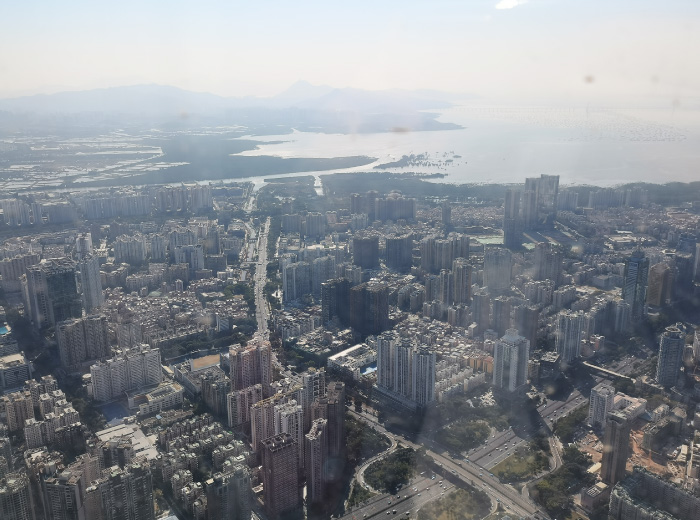 The view of Shenzhen, China.

Q: Why is Shenzhen an important gateway for ANA?

A: Shenzhen is the 3rd highest GDP city in China, following Shanghai and Beijing, with more than 12 million people. It is often called the “Silicon Valley of China,” and it is the heart of global tech supply chains and startups. Shenzhen is also referred to as the “core engine” of China’s Greater Bay Area, the development zone linking Hong Kong, Macau and Guangdong Province. We hope our passengers from China and Japan will be able to use ANA’s three gateways in the area (Shenzhen, Guangzhou and Hong Kong) once COVID-19 restrictions are lifted.

A: To prepare for the launch of Shenzhen flights on March 29, we set up a city office in January with six staff members who volunteered to transfer from different ANA gateways in China. In February, COVID-19 was spreading rapidly outside Wuhan. All the offices in Shenzhen were required to have items such as a thermometer, a one-month supply of masks and disinfectants for all employees, a designated trash can for used masks, and an isolation room for those who may have been infected. By that time, it was very difficult to obtain masks and disinfectants in China. Without them, we had to work from home.

Q: When were you notified about the postponement of the Shenzhen flight launch?

A: Shortly after the functioning office was fully set up in March, the number of domestic flights through Shenzhen was significantly reduced. We had guessed that the postponement would happen soon after. We were disappointed, but we tried to stay positive by reminding ourselves now we had more time to prepare for the launch. Between April and July, some of the management team, including the Station Manager, had to stay in Japan and work remotely. Meanwhile, the team in Shenzhen continued to prepare for the launch. Zoom was an effective tool for us to share information, but it became tough to hold in-depth discussions. We also had a difficult time communicating with local contractors and relevant authorities during the height of COVID, but we made it work by using the Chinese multi-purpose messaging, social media and mobile payment app, WeChat. It wasn’t until October that the ANA team members were finally reunited.

Q: In mid-September, you applied for approval to operate a weekly flight. Can you explain the process?

A: Under COVID-19 restrictions, we first needed to submit the approval application to the provincial and city government, in addition to the aviation authority, to demonstrate our procedures to prevent the spread of infection. This happened during a national holiday, so it took over a month to be approved by the provincial office. Currently, only two international flights are allowed daily flights into Shenzhen Airport. The two flights need to have more than 4 hours between their arrival times so that the airport can implement adequate measures to prevent the spread of infection.

The aviation authority granted us an available slot on Saturday, but that ended up being too late in the evening, preventing us from offering an outbound flight back to Tokyo on the same day. After some negotiation with other airlines, we were able to secure a Monday afternoon slot. On Nov. 24, we were re-approved to operate in the new slot, and the launch date was updated to Dec. 14. This was approximately nine months from the initial timeline.

Q: How did you feel when you finally received the green light from the local authorities?

A: I was relieved that we were flying before the end of the year. The team worked hard to prepare for the launch, and it was finally happening. Even though my team members are all highly dedicated individuals, it was still difficult for them to keep spirits high during the nine-month delay.

Q: Many cities are experiencing their 2nd or 3rd lockdowns and new COVID variant cases. How are things in Shenzhen?

A: I believe it is the same as in other major cities in China. Travelers have their temperature checked and pass a health check on a mobile app to enter the airport, public transportation stations, shopping malls and office buildings in Shenzhen. Of course, everyone still wears a mask when they go outside. We are told to refrain from gathering in groups bigger than 10 and advised to stay within the Guangdong Province during the Lunar New Year.

At the airport, the number of domestic flights is almost back to the pre-COVID level. However, the international flights are operating at less than 20 percent of normal capacity. Following our ANA Care Promise initiatives, all of the check-in counter staff wear masks, gloves and face shields or goggles. Those who work at the arrival area and the areas after the security/immigration in the departure terminal are required to wear PPE. Before taking off their PPE, the workers go through full-body disinfection in a confined room. Additionally, everyone who is a part of international flight operations has to receive a weekly PCR test and monthly blood test. 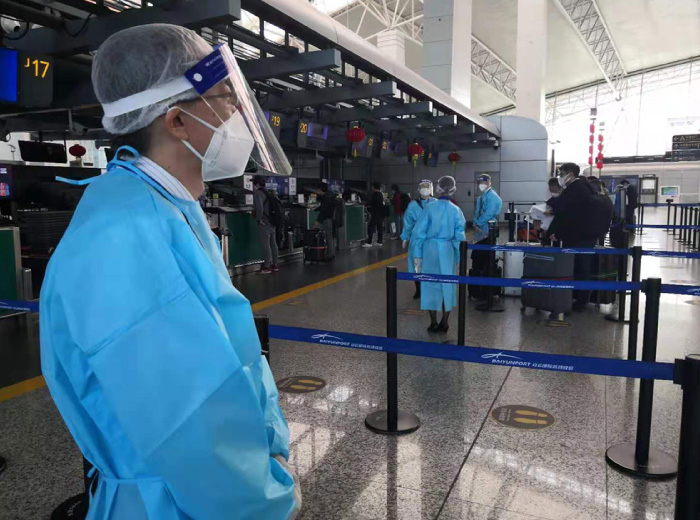 A: As mentioned, Shenzhen is the center of the Greater Bay Area. With the launch of our flights, business travelers can fly in or out of any of the three ANA gateways in the area and travel between the cities conveniently. Many Japanese companies have offices or factories in all of the three cities. We hope to become a bridge between China and Japan.

* The interview was conducted in January 2021.
As travel restrictions and requirements frequently change, please make sure to check the latest information in the link below prior to your travel.
https://www.ana.co.jp/en/jp/topics/notice200501/#immigration_china