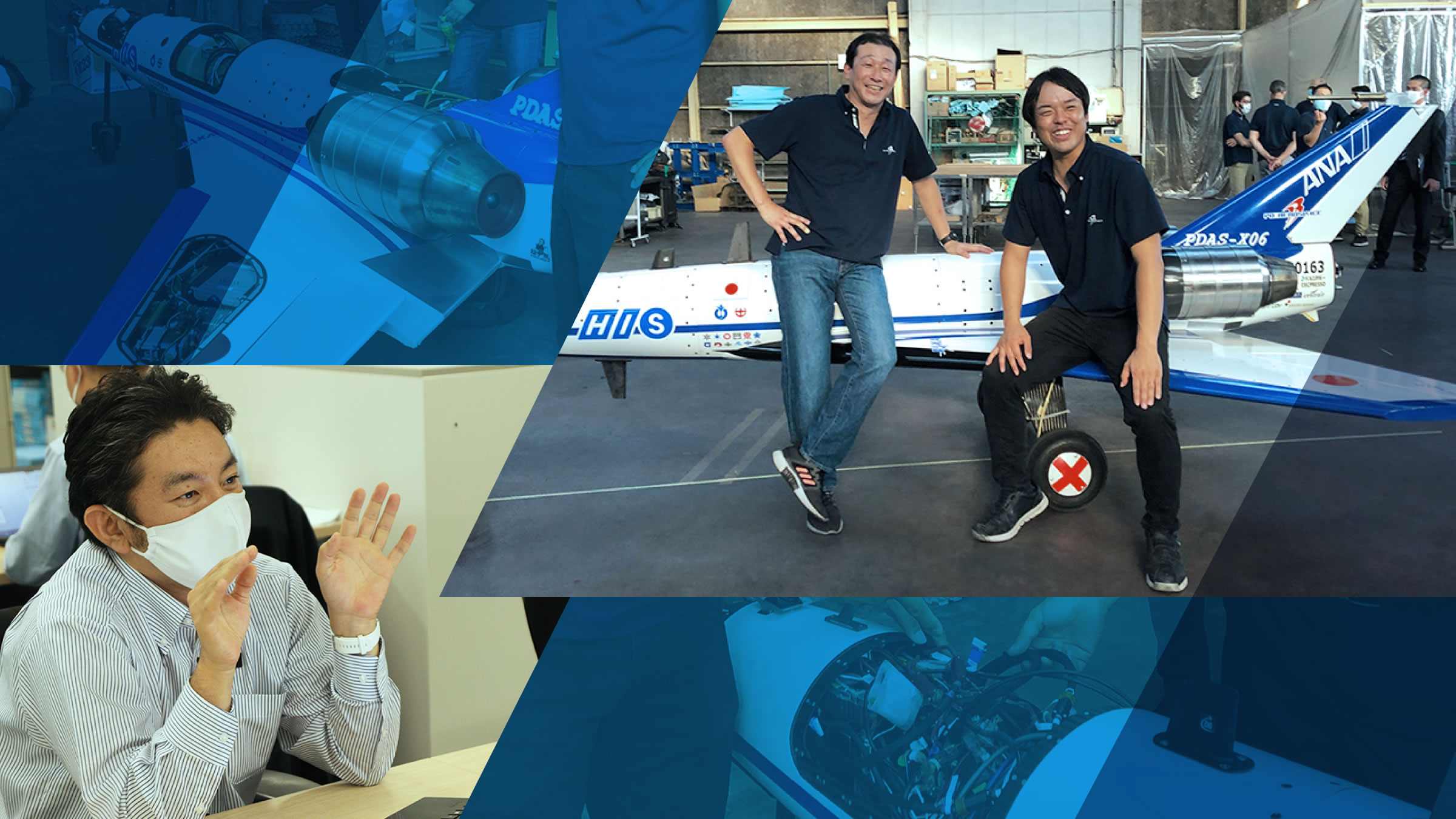 The Dream of Space Takes Flight at ANA HOLDINGS INC.
Together with PD Aerospace, ANA Group is developing the technology that will finally make space travel a reality for millions around the globe

Ever since it was first achieved in the 1960s, traveling to space has remained one of humankind’s greatest achievements. The dream of a future in space unifies the entire world as it represents unlimited growth and boundless opportunity.

Here at ANA Group, two of our employees, Daichi Kumagai and Shinichiro Onitsuka, are working tirelessly to propel us into the reality of the next frontier.

“Commercial aircraft and spacecraft share 70-80% of their engineering systems,” said Daichi Kumagai, an ANA maintenance engineer, who has been with the company for 10 years and is currently on assignment with a 30-people company called PD Aerospace. “In terms of flying the aircraft, the mechanisms are almost identical. What makes them different is the outer environment in which the aircraft flies.”

In May 2018, ANA HOLDINGS INC. (hereinafter “ANA HD”) announced it was adding 200 million yen to the original 20.4 million-yen investment it made back in 2016 in PD Aerospace, a space venture company. In July 2017, PD Aerospace succeeded in creating the world’s first experimental propulsion system, which can alternate between jet engine and rocket engine in acceleration. 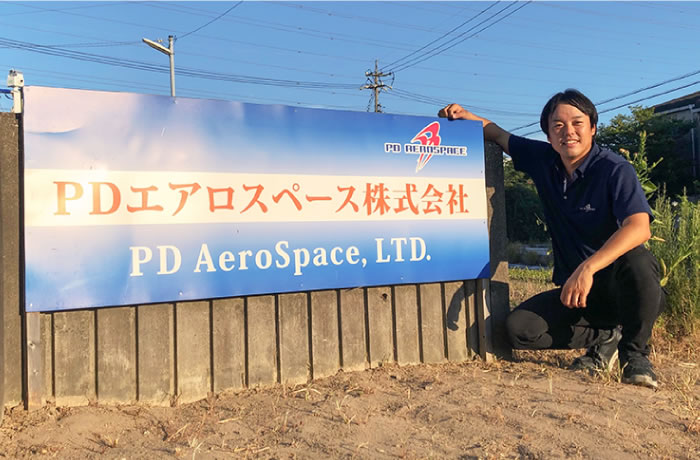 Daichi Kumagai, pictured, has been working hard to make space tourism a reality with PD Aerospace.

As a student, Kumagai had a chance to study at International Space University in France and learn from prominent figures like Chiaki Mukai. Since then, it has been his goal to make space travel available to the entire world.

However, when he came back home after studying abroad, he found that the most promising jobs were in remote sensing technology.

But Kumagai remained inspired to achieve his goal and decided to work in the airline industry as it was the field closest to achieving space tourism.

He was intrigued by ANA HD’s reputation for fostering curiosity and embracing new challenges.

The importance of space tourism is clear from ANA HD’s investment in PD Aerospace and its decision to assign an experienced engineer like Kumagai to participate in the effort.

“It will still be years before the ability for humans to travel on spacecraft becomes widespread,” Onitsuka said. “Meanwhile, there are many space-related business opportunities on Earth. We are exploring how ANA Group can become an active player in these areas.”

Once space tourism develops, it will require resources to meet its full potential. It will require infrastructure on Earth to coordinate, execute and support the development of tourism. ANA Group has the knowledge and experience in these fields to help make space tourism a reality.

Before the end of 2020, Kumagai and his team plan to successfully fly the unmanned X06 at an altitude of 10 kilometers (33,000 feet). After that, they will send X07, which is twice as big as the previous model, 110 kilometers above the Earth and into space.

“People often romanticize my job,” he said, smiling. “Though I enjoy the work, working for a venture business can be quite stressful.”

Kumagai works closely with a team of colleagues from around the globe. He describes the team as operating like a family, and they have set an ambitious goal of achieving space tourism by the summer of 2025. In order to achieve this, the team has constantly developed new technologies and has remained on track while also securing funds from inventors and sponsors.

PD Aerospace experienced months of delays in procuring materials from overseas and was unable to conduct field testing as the Japanese government issued a restriction on the inter-prefectural movement of people in April. The team pushed through the challenge presented by the pandemic by focusing on what they could do – designing the spacecraft. 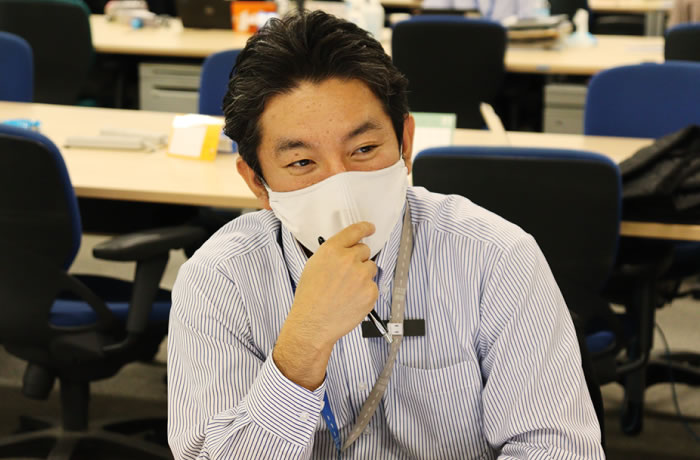 Shinichiro Onitsuka discusses the future of space tourism and how ANA is driving the industry forward.

Why space? Why now?

To Onitsuka, the vision of space tourism is still sound.

“Echoing [ANA HD] CEO Katanozaka’s words, I believe people’s desire to travel will return after COVID-19,” Onitsuka said. “Aircraft travel will survive. However, the way that people travel – whether that’s faster or more comfortably or to space – will change as technology progresses. We should be creating the foundation to leverage the coming disruption in the airline industry.”

“It is my dream to see Space become one of ANA HD’s transportation business pillars.”

Despite all the challenges, Kumagai is motivated by the idea of setting the foundation for the next generation of spacecraft engineers.

As an ANA engineer, his job has been to maintain and improve completed products for passengers. At PD Aerospace, he and his colleagues have been engaged in a project without any precedent. Developing not only spacecraft, but the very rules of space aviation.

“Combining my past experience and knowledge with new ideas and inspiration to give birth to something new is not easy,” said Kumagai.

He looks forward to the day he can finally apply his experience as a Boeing 787 test flight engineer to a brand new spacecraft.

As for Onitsuka, he will continue to build support for his team and bring awareness of the work they are doing to the broader ANA Group.

“There are those who are cheering for us, because space tourism is inspirational. It is very motivating. On the other hand, there is another group of people like us, who want to get involved, who want to make it happen. For the company to evolve, we need both.”