2018.12.7
The Finals of the 6th Annual OMOTENASHI PROFESSIONAL Contest And the winner is… 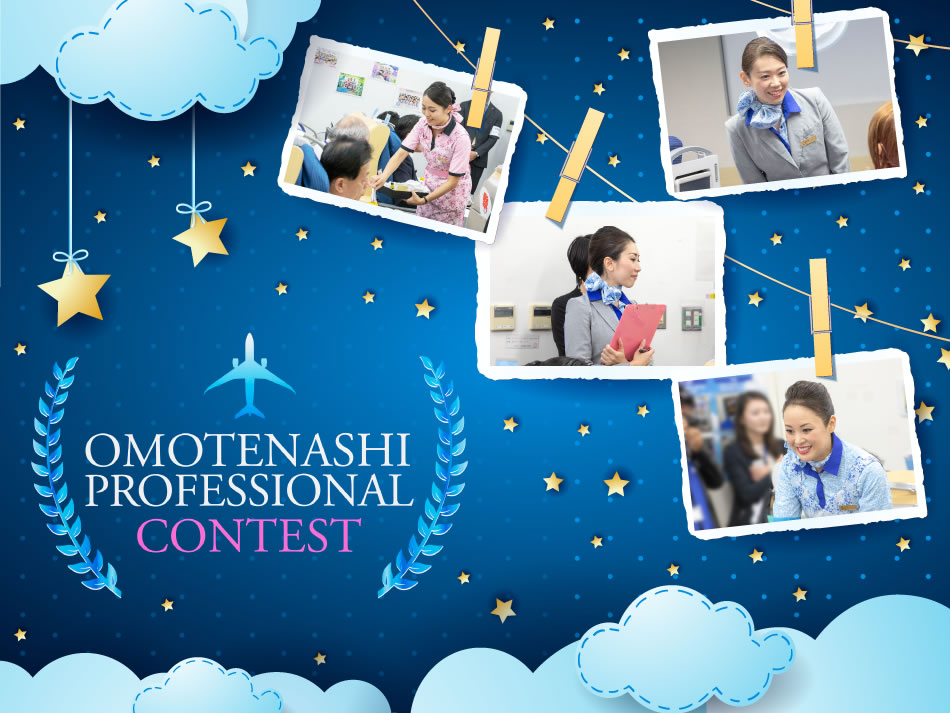 On November 8, the final round of the OMOTENASHI Professional Contest to determine the winners among nearly 8,000 flight attendants was held at the ANA Training Center.

The contest’s purpose is to be a competition among peers and to raise awareness of improving service quality throughout the organization, as well as create a culture that acknowledges each other's strengths.

The finals consisted of the top two teams who won the preliminary rounds among ten teams in the team division, and eight individual contestants who were selected by employee votes among nearly 8,000 flight attendants. 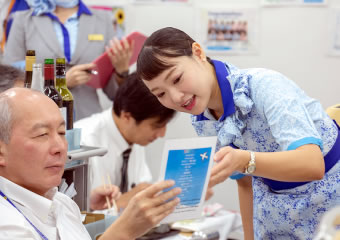 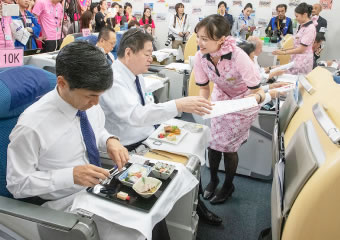 The team division served in-flight meals and drinks for international Business Class customers, and were evaluated on customer service skills, conversational skills, teamwork, and the ability to project ANA’s brand.

In response to a question from an employee acting as a customer -- “Any recommendations on where to visit in New York?” -- an attendant answered including a handwritten list of recommended souvenirs to take home. 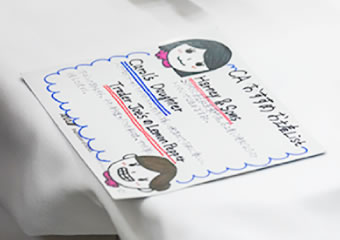 In the individual division, four members each from “The Freshers” category, who joined the company 2015 and onwards, and “The Experts,” who have been with the company before 2014, competed to choose one winner in each category.

The challenge was to respond to four customers within the allotted time. Of course, there was no knowledge in advance about what kind of customers would board, so it required the ability to respond flexibly. 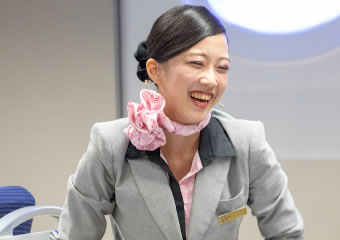 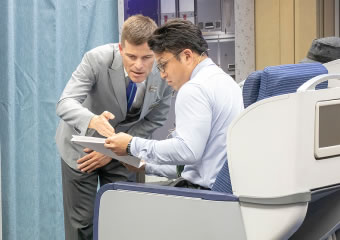 For a customer who had a broken arm, offering to bring a pillow to use on the armrest to make their arm more comfortable, or providing an overseas customer with information about Japanese festivals -– these were the wide range of knowledge and ANA-style hospitality that were demonstrated by everyone who participated.

Finally, the winners are announced!

The team division winner was Team “ANA DREAMING HEART to feel and make it happen with OMOTENASHI “and in the individual division, the winners were Ms. Momoi Ohnishi, a Freshers flight attendant, and Yoshiko Ohama, an Experts flight attendant!

Flight attendant Ito, representing the winning team said, "The origin of the word OMOTENASHI is ‘to feel and make it happen.’ It’s the accumulation of small actions, like thinking about a person and speaking to them with a smile and doing anything to help make a person feel comfortable. I believe that this leads to providing a good impression to people by moving their hearts. I want to continue to deliver hospitality to our customers using the power of teamwork." 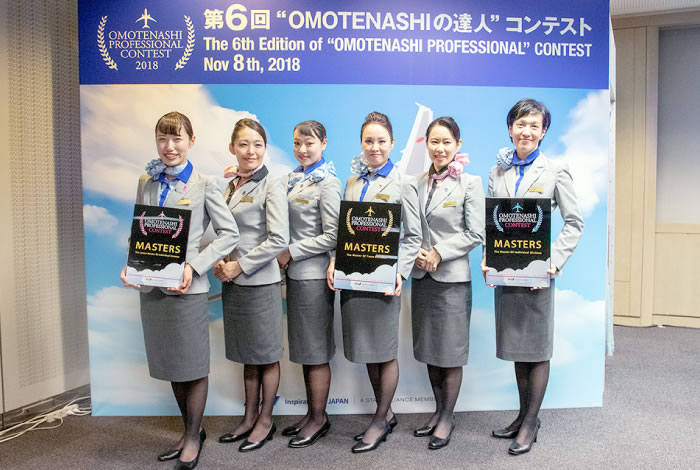 The OMOTENASHI Contest finalists wear a special badge, so look out for them whenever you are on board an ANA flight! 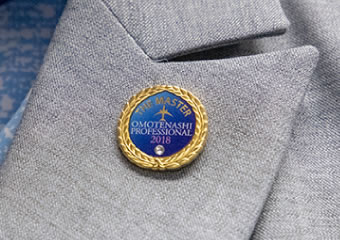 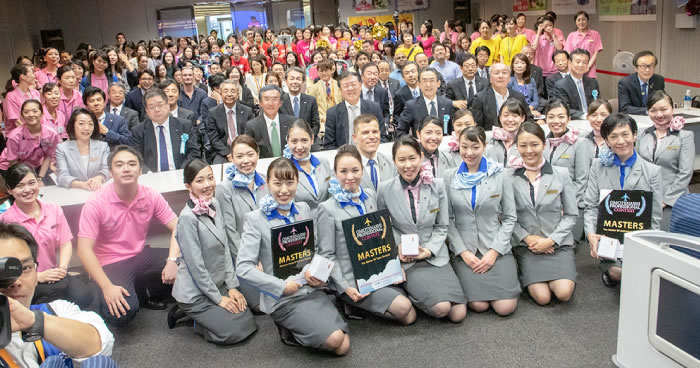